This is the ultimate guide for single season home runs of all kinds in MLB.

Then you’re in the right place. As we continue to add content to the site, the appropriate subjects will get highlighted below.

Most Home Runs in a Season

Which players have posted the most powerful seasons in MLB history? It’s an exclusive list with several sluggers appearing more than once. Here’s the top 10 (with plenty of ties):

How impressive of a feat is this? Well, just look at the above leaderboard. Even with the very top getting completely transformed, there are still performances from the 1920s and 1930s on there. This is a hard thing to do. Get more context around each of these performances (as well as videos) right here.

As we talked about in our career home run leaders guide, solely talking about the league’s top home run hitters would leave out lots of memorable performances. And since our focus here is on single season home runs, it can bring even more random (read: wonderful) players into the spotlight. With that said, here’s each MLB team’s single-season home run king.

Get all the details you need for each of these season-long performances, along with videos that contain lots of dingers, right here.

Click on the bolded team name for context and videos. Below, we call out the top-five most powerful seasons for each organization.

Did you know that crowns for home run kings are given out every year? Well, who knows if players actually get crowns (it’d be cool if they do, though). Here are the home run kings for the National League and American League in each season since 2013:

As you can see, several performances we’ve already highlighted in other articles will appear in this one. That’s not surprising at all, and it’ll likely keep happening. As new single-season home run leaders become available, we’ll update our article to reflect those efforts (and go back in time, too). Check out more details for each of these performances (as well as videos, duh) right here.

All 40/40 Seasons in Baseball History

What’s the most impressive combination of talents for a single baseball player on offense? That’d be an equal amount of speed and power. And when they can do them frequently at the same time, magic happens. There have only been four players to amass at least 40 homers and 40 stolen bases in one season. It hasn’t been done since 2006, although there have been some close calls along the way. Here’s the full list of this exclusive club’s members:

As we can see above, A-Rod is the only primary infielder to accomplish this feat. Who will be the next one? While we wait for that to happen, view all the details here, including videos of each player racking up the statistic that cemented their seat in this group.

Every Player to Hit Four Homers in a Game

When it comes to hitting home runs, the greatest single-game accomplishment for a player is hitting four in one contest. It’s another exclusive list in MLB history, but it’s happened more often than the 40/40 club. Here are some of the details for sluggers who have etched their respective names in baseball’s record books:

Get all the details you need, along with as many videos as we could find, in our article right here.

Who Has Hit The Longest Home Runs?

In addition to asking who has hit the most home runs in a single game, season, or career, another popular question among baseball fans is who has hit the longest home runs. We have a couple of different answers for that so far. This area of the site will continue to get some additions along the way.

The Longest Verified Home Run Ever

Mickey Mantle technically holds the Guinness Book World Record for the longest home run ever at 643 feet. That’s not the longest verified home run, though. That honor belongs to Joey Meyer, who hit a 582-foot blast on June 3, 1987 in Triple-A. In addition to giving this moonshot some love, we put the spotlight on tanks that took place before and during the Statcast era. Here’s the summary:

Admire the handiwork from every one of these sluggers right here.

Since the Statcast era dates to the 2015 season, we’ll go back that far to give some love to the longest home runs each season. And as each current season ends, we’ll honor the most impressive tanks, as well. For now, here were the 10 longest home runs of 2021:

Are you interested in watching the trajectory of each of these bombs? Well, you’re in luck because they’re all compiled here.

What’s more exciting than watching a player leg out a triple? Probably watching them motor around the bases for an inside-the-park home run. But what’s better: watching a speedy runner do it, or someone you would’ve never expected to accomplish such a feat?

You don’t have to answer that, but we’ve singled out a handful of unlikely players to hit an inside-the-parker here:

Watch these dudes lumber to complete a trip around the bases here.

Who Has Hit the Most Home Runs Before The All-Star Break?

There’s nothing quite like fitting a full season’s worth of dingers into the first half. The following players have all slugged at least 30 home runs prior to the midsummer classic:

Get more context (and lots of videos) on the top 16 occurrences in MLB history right here.

When Kyle Schwarber debuted with the Chicago Cubs in 2015, did anyone expect him to become a prolific leadoff hitter? No, definitely not. That’s the beauty of baseball, though. He’s hit enough leadoff home runs that we had to create an article to start tracking them all:

Watch each one of these leadoff Schwar-bombs right here.

As we continue moving through the season and dive into the winter, there will be a mix of current and historical content added, so keep checking back for fresh articles. Or, you can sign up for our newsletter and find out what’s been added before everyone else does.

Most Home Runs Hit By a Rookie

There have been 32 different seasons where a rookie MLB hitter has slugged at least 30 home runs. Here’s what that list looks like:

To get details and videos for the top-10 performances listed above, head this way. 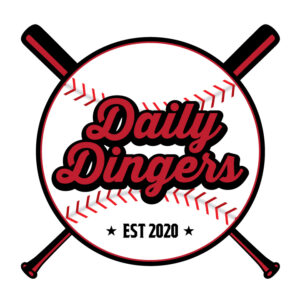